The news around the world on Covid-19 is scary, particularly in the Americas. We’ve been watching stories coming out of Nicaragua that have us very concerned for the country, and our partners at the El Recreo Coffee Estate. It’s a poor country, with little in the way of health care infrastructure at the best of times, and the virus seems to be ripping through Nicaragua with particular fury.

Luckily, technology makes checking in a little easier these days. We were able to set up a zoom call with Leanna and Carlos Ferrey on the Farm in Jinotega, as well as their daughter and son-in-law, Miriam and Hector Morales based in Boston. We were also joined on the call by our friends and team members who came with us on our last visit to the Farm: Matt Corbeil, a BIGGBY Franchisee in Muskegon, MI; Heather Zink and Michael Kotia, both employees at the BIGGBY home office; Richard Schaafsma from Paramount Coffee; and our friend and photographer extraordinare Kim Zahnow. 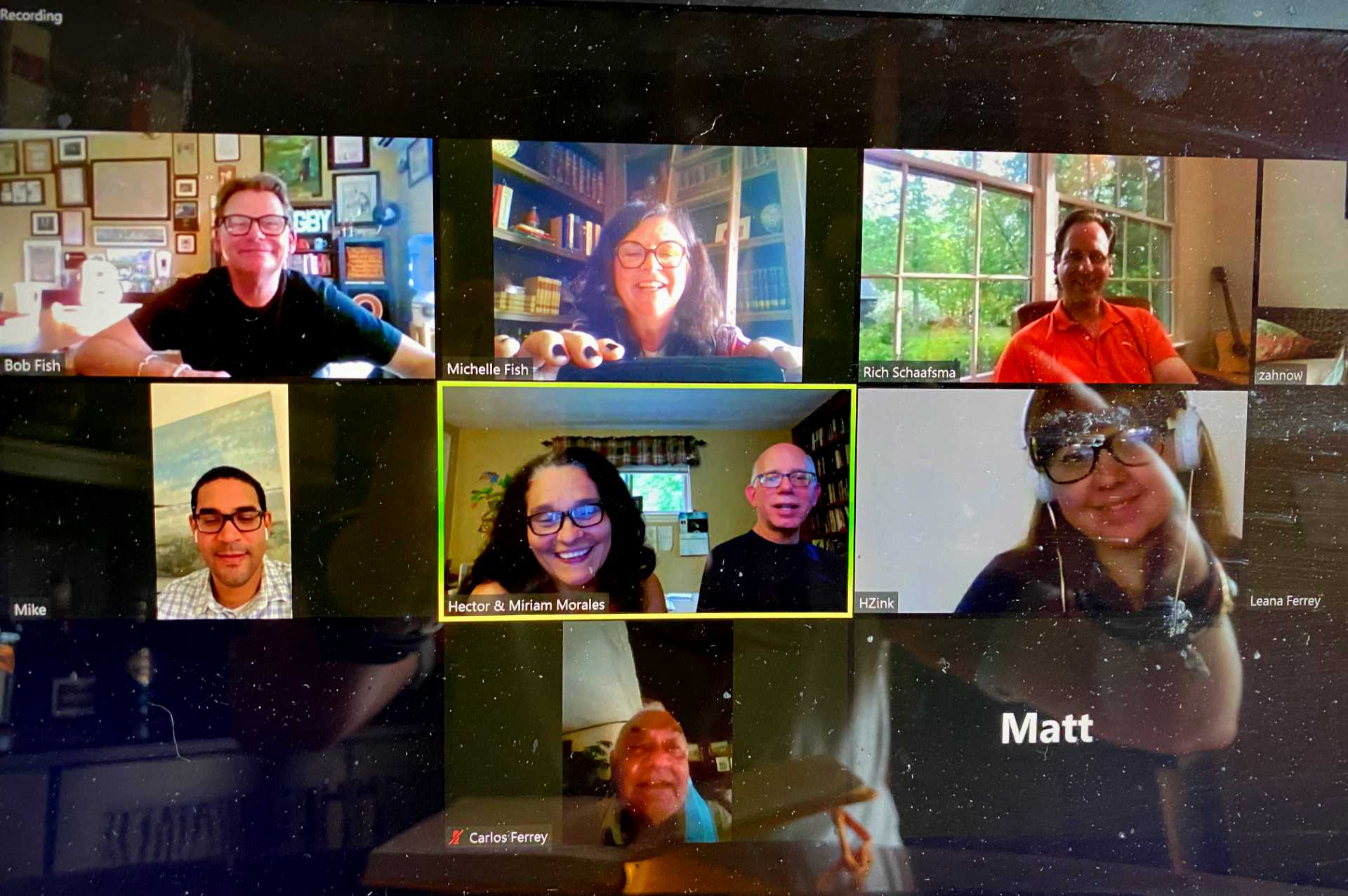 The virus was slower arriving to Nicaragua than to the United States. As we were beginning to see a dramatic rise in cases back in March, Nicaragua and, in fact, most of Central and South America, were reporting very few. In theory, that would have given them time to prepare. But there was almost no information about the virus provided by the government or the media, so few people knew that it was coming to their shores, let alone what to do about it.

Carlos and Leanna, though, had an advantage. Their daughter, Miriam, was in regular contact with her parents urging them to take the threat seriously and to prepare by securing personal protective equipment and implementing safety protocols. Also, their son, Jorge, is a doctor in Belize where he is treating Covid-19 patients, and was able to underscore the seriousness of the threat with his harrowing first hand observations.

Timing was also a factor. The coffee harvest was in full swing through the end of March. During harvest, the Farm population swells to well over 200 people, with the workers and their families. By the time cases started to rise in Nicaragua, they were back to the much smaller population of permanent workers, approximately 20-30 people. 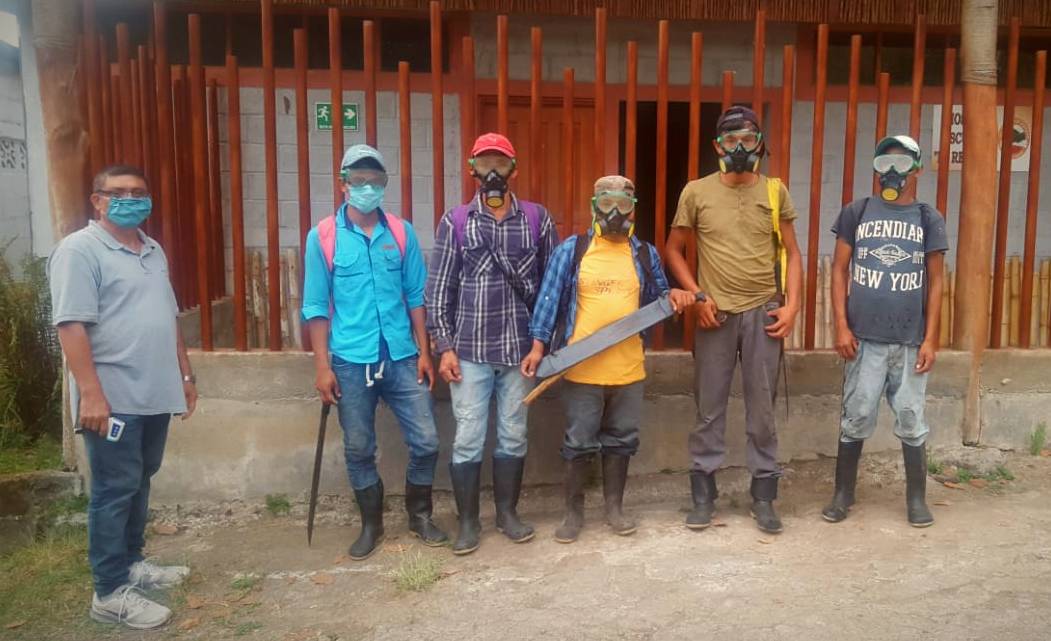 Miriam Morales shared a series of pictures with us documenting the protocols and procedures implemented to protect the workers at the Farm.

With the time they had to prepare, Carlos and Leanna were able to secure a supply of PPE. They instituted new protocols that include the installation of hand-washing stations throughout the farm, and regular disinfection of all common areas. Everyone gets their temperature taken regularly, particularly if they have left the farm for any reason. And they are encouraging social distancing. The have brought a Nurse in to live on the Farm, and to monitor everyone’s condition. To date, thankfully, there have been no infections.

It’s worth noting that the Government in Nicaragua is not promoting the use of PPE, social distancing, or hand washing. In fact, it is “business as usual” throughout the country. No closing and no lock downs. 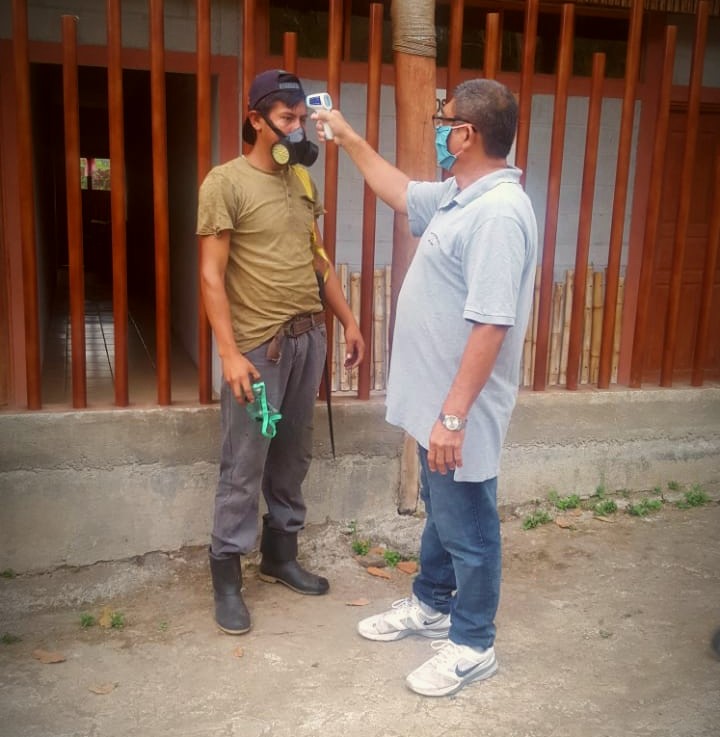 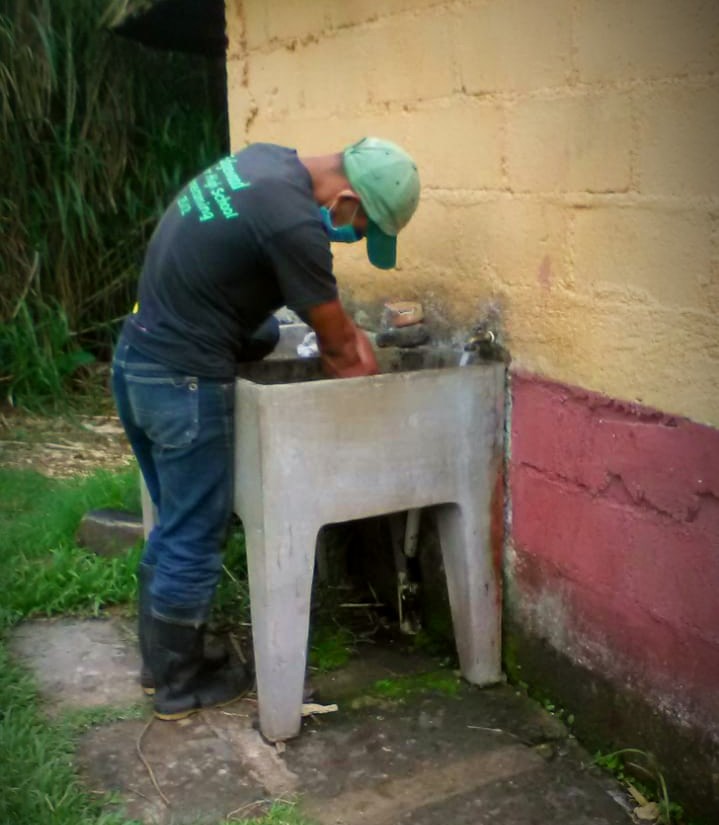 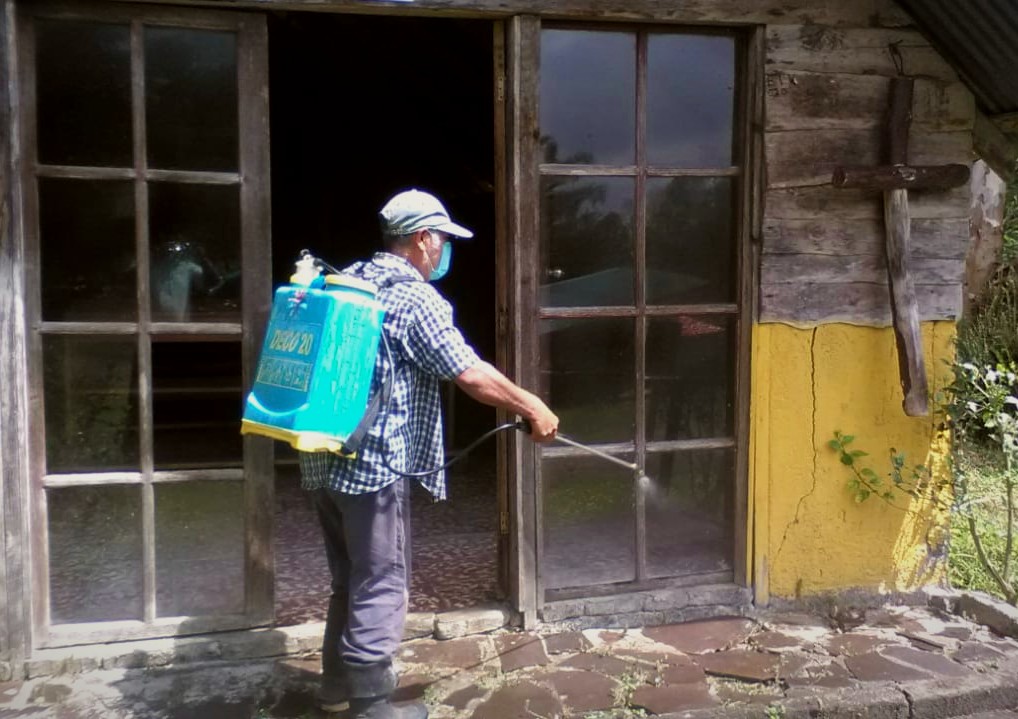 Life on the Farm has changed in fundamental ways thanks to the safety protocols. But some things remain the same. The Farm school is closed, but the children gather with the Nurse for socially distant activities throughout the day. And Juana still gets up every morning to make the tortillas for the farm workers. 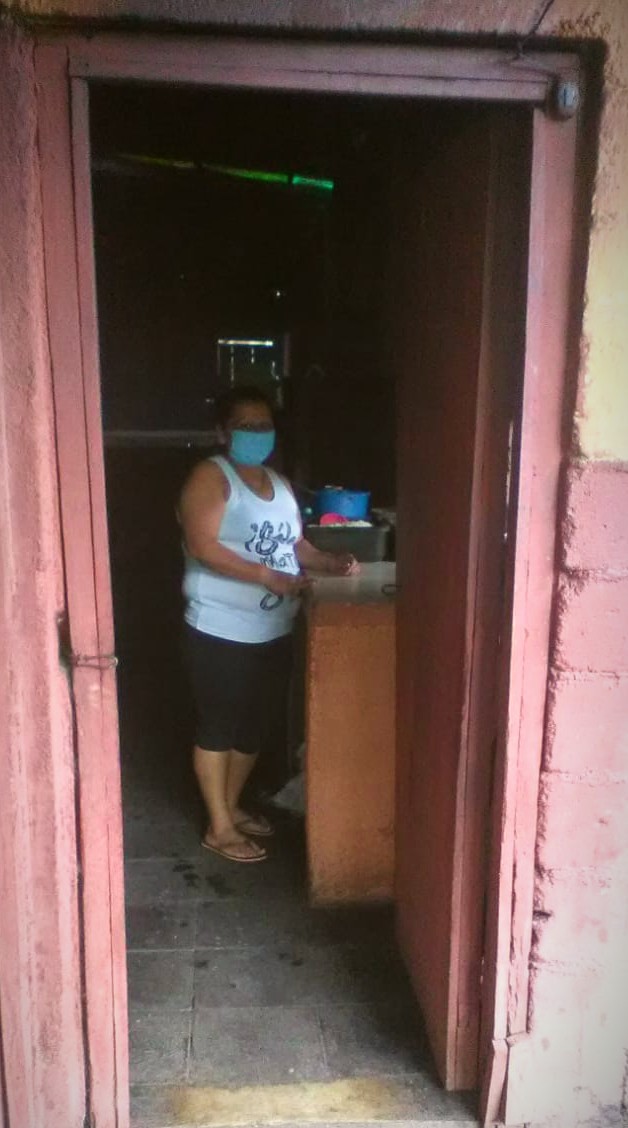 It was great to see our friends on the Zoom call, and we learned a lot. For instance, one of their biggest challenges is that though it is still possible to find all of the basic provisions for the Farm, prices are sky-rocketing. The cost of beans, for instance, has more than doubled, although Carlos (ever the jokester) assured us that toilet paper was always available in Nicaragua.

If you’d like to hear their voices, the clip below from our Zoom conversation is about a five minute watch, and it will give you a real sense of how our friends are weathering the challenges. 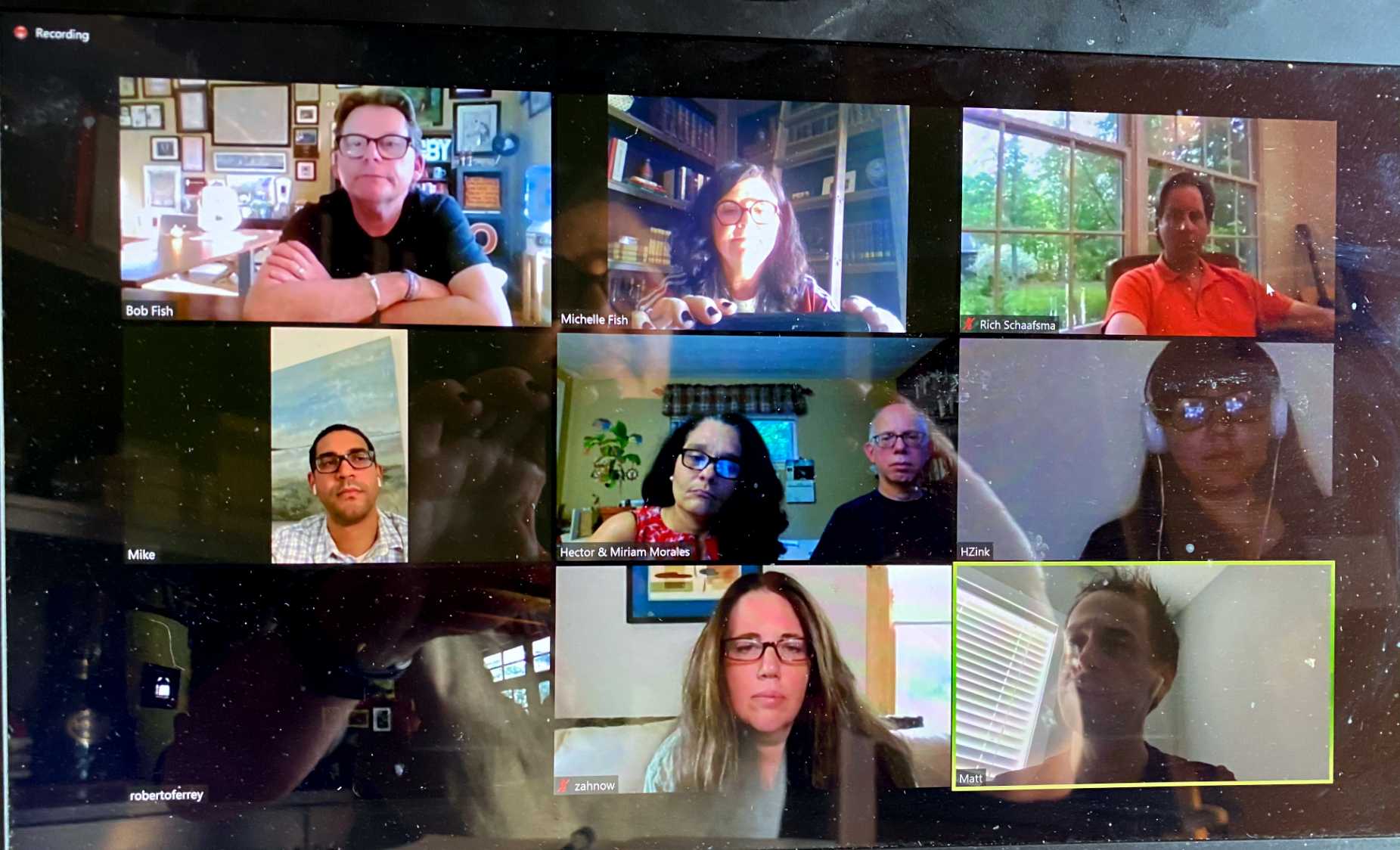 We are so deeply grateful that the Farm has so far weathered the storm of Covid-19, but there is a long road yet to go for all of us, and we will continue to check in regularly with our friends at El Recreo.

The coffee that we purchase through our Farm Direct partnership with the Ferrey family makes up 30% of our best selling BIGGBY BEST blend. It is available at all BIGGBY locations, online at BIGGBY.COM and through Amazon. You can read all about the work they do in their community here.

Life does go on, and Carlos and Leanna shared a picture with us of the coffee trees in bloom. Next year’s harvest is already in process. Coffee trees in bloom smell amazing. I look forward to the day that Bob and I can be there to smell the blooms ourselves. 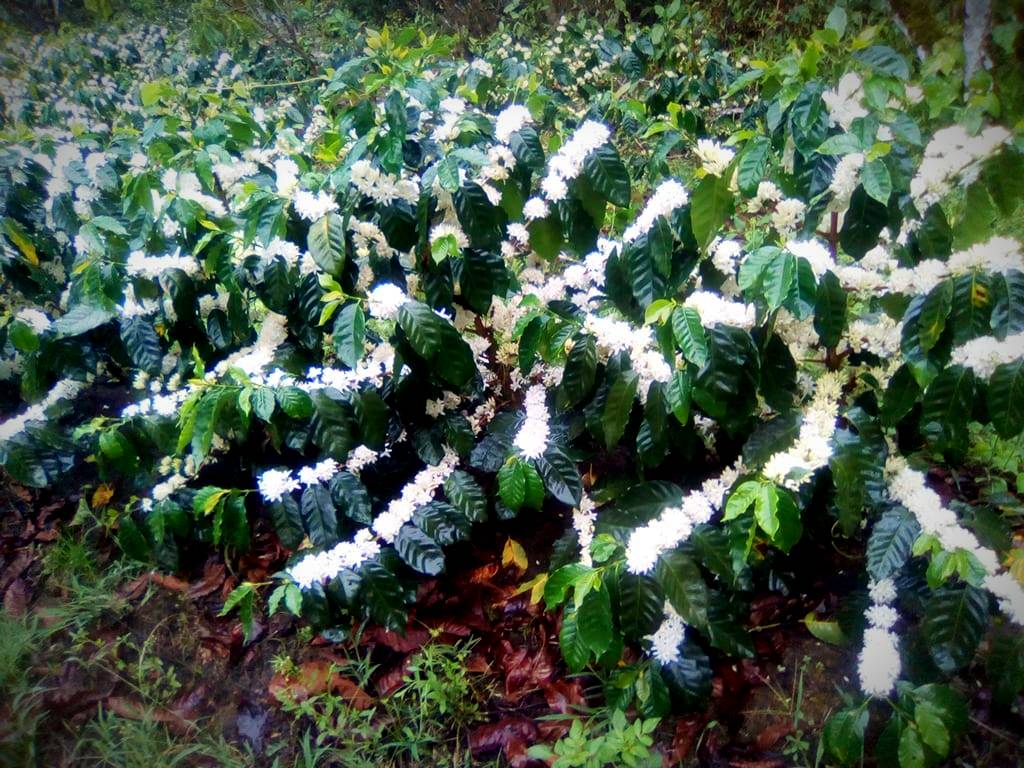