The third dictionary definition of the word “epiphany” on Miriam-webster.com is this: an intuitive grasp of reality through something (such as an event) usually simple and striking.

Yep, I’m having one. Thank you, Covid-19. We’re approaching our third month of quarantine here in Michigan. I’m lucky to be quarantined with the man I love, and dogs galore. We’re together, and that’s a blessing.

There are fray marks starting to show at the edges of all this sequestered togetherness. I guarantee you that no matter the size of your house or your family, the modern American life wasn’t built for us all to be together in the same four walls for months, with no end in sight. Or, depending on your circumstances, to be alone. Uncomfortable, awkward things are bound to come up. 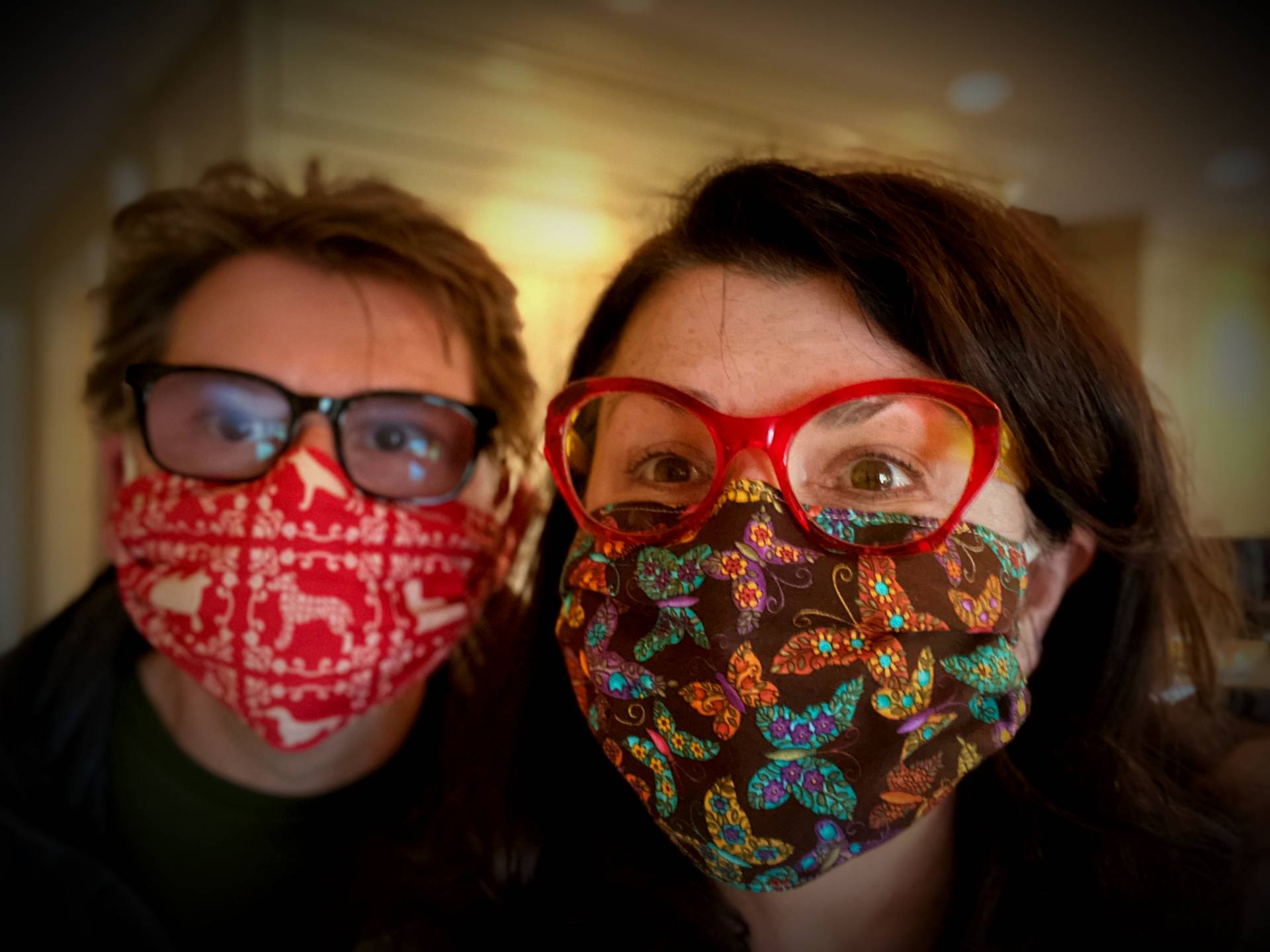 I had my dance with uncomfortable and awkward a few days ago. First, the catalyst. Like many people who used to commute to an office, my husband is working at home. Work always meant lots and lots of meetings… that hasn’t changed, it’s just moved to Zoom. Our house is open plan. You do the math.

I am accustomed to living out loud. Singing in the kitchen, talking on the phone, talking to the dogs, sometimes talking to myself. And so I did for a while. Until that first Town Hall meeting Bob had with his owner/operators and leadership team.

It was early March, in the first days of the crisis. He was upstairs trying to keep the business train on the rails. I was downstairs in the kitchen with my headphones on, talking to a dear friend. I was spilling it all… the deets on my anxieties, my weird dreams, that time I drank too much on a call with my high school bestie. Note to self, Zoom calls have great audio. And everybody on that call heard everything I said.

It was hilarious. It was mortifying. And although everyone has been super supportive about hearing how very human I am (thank you BIGGBY Nation!), it was really embarrassing. Bob was embarrassed, too. The worst part was I just felt so in the way, so inconvenient.

So what did I do about it? I have spent the last few months since that day closeting myself away in my office, making myself as small as I can. I’ve been tiptoeing through the house if I need something. I’ve been trying very hard not to be a bother.

To be clear, Bob never asked me to do that. In fact, he’s gently suggested that I have been taking it all way too far, and that’s okay to “live” in the house, just try to be mindful of Town Hall meetings. But I couldn’t bring myself to do it. During the workday, while he was up in his office doing his best, I felt like a giant red pimple at the end of a nose. All I wanted to do was cover myself up. 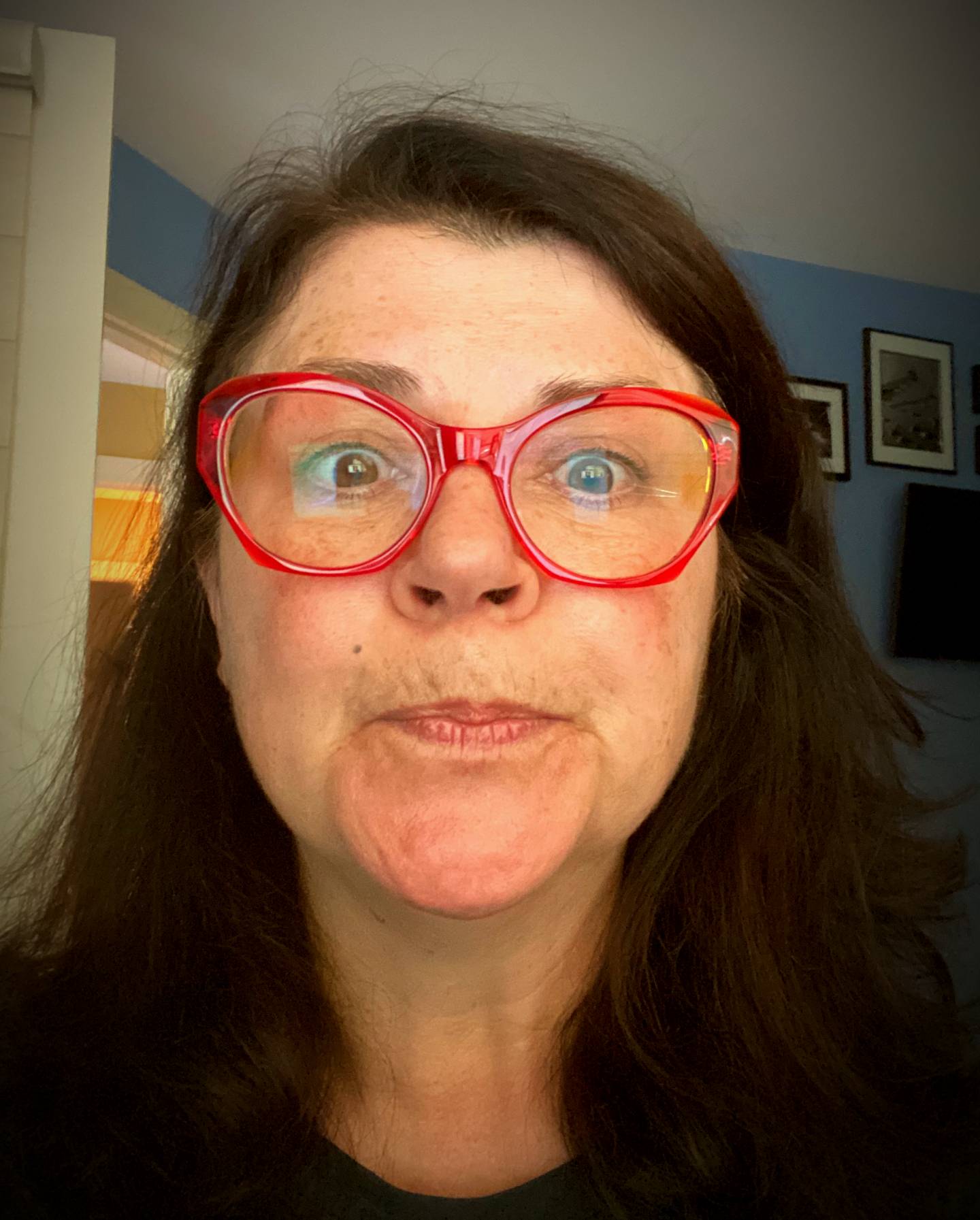 The problem was in my head.

I like to think I know myself pretty well. I have put a lot of work into it over the years. And I am generally comfortable in my own skin. But I missed something… some old piece of source code left over from earliest childhood. It has been quietly chugging along in the background, coloring the way I see the world like prescription glasses I didn’t even know I was wearing.

Bob had an air conditioner put in his office last week. There were workmen in the house, which was very weird in this time of Covid, but that’s another story. To stay safe and out of the way, me and the dogs locked ourselves in my office. That wouldn’t seem like a big deal after the last two months, but usually I leave my door open. It was hot in there, with four living creatures breathing not enough air. And I was miserable. I didn’t even think to open a window. By the end of it, after about 5 hours, I was shaky, and teary, and I couldn’t really figure out why.

Later, sitting on the couch after dinner, a jolt ran through my body. I had this image in my mind. I could see little me… me at say, 4 or 5, with my pigtails. I was sitting at the edge of my bed, alone in my room. I’d been in there all day, by myself. I’d been in there because I was in the way.

I grew up in a military family. My parents were very young when they had me. My dad, by today’s standards, wasn’t old enough to toast my birth with an alcoholic beverage. My mother was just past that threshold. I include that detail because now that I’m in my 50s, I really understand how young I was in my early 20s. I couldn’t reliably take care of a house plant. They had a baby.

I don’t think they really knew what to do with me. I say that with a lot of love for both of them. Babies are demanding. And they were young, ambitious, and had never really been children themselves. My mom was 7 when her town in Normandy, France was occupied by the Nazis and bombed by the Americans. Deep in the heart of Texas, my dad and his 3 brothers grew up in an orphanage, even though they had two living parents. Both of those stories are really epic. They are larger than life. And so are my parents.

They loved me, I’m sure of it. But babies and young children sure can slow you down when you’re trying to make your mark on the world.

My dad was often at sea. My mom wanted to work. And when she wasn’t working, kids make a mess. Better to send me out, not to come home until dark. Or better that I should be in my room, out of the way. Or away with relatives. Or at a friend’s house. There were maids and aupairs. And when there wasn’t the money for those, I was on my own. I read a lot of books. I tried to be pleasing and good company when we spent time together. Which is not to say that I was always a delight. But I really did make an effort not to be a bother. Deep down, the way my little brain understood the world was that though they loved me, I was usually in the way. I was inconvenient. And I really didn’t want to be. 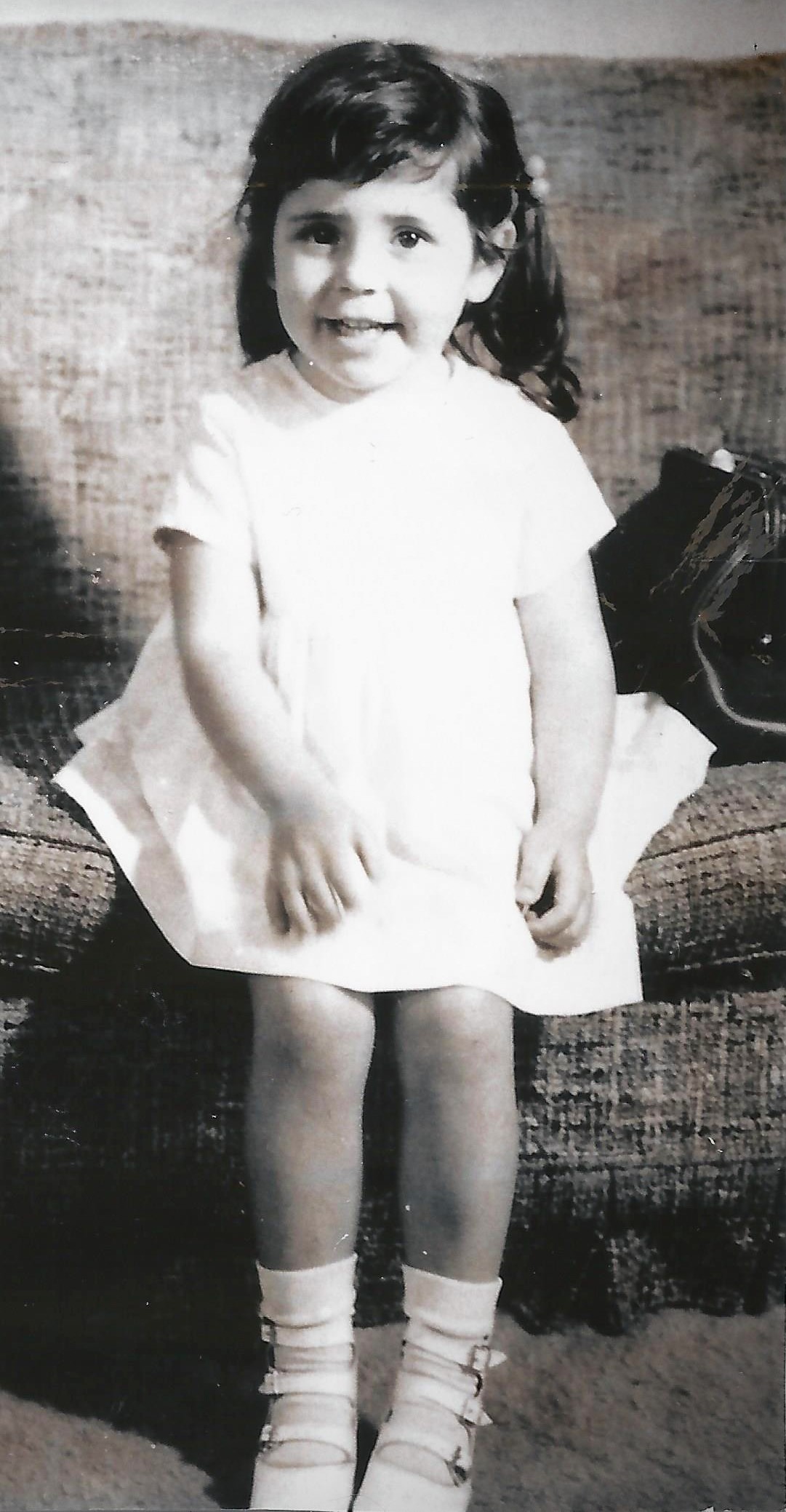 Over the course of growing up, I reacted to that differently, depending on the “phase” I was in. There was rebelliousness about it in my teenage years… I went out of my way to be annoying and then I’d storm out of the house. I spent as much time at friend’s houses as I could. Heck, I practically moved in with my best friend, Lee Ann (the high school bestie of drunken phone call zoom bombing fame). But whether I was absorbing the paradigm or rejecting it, it was the scaffolding of my world. It was the air I was breathing. It’s the air I’m still breathing. I have lived my life trying hard not to get in the way. It’s a kind of prison. And I had no idea until Bob got an air conditioner.

What do I do with all of that, now that I know it? I haven’t the faintest idea. Maybe sit with it for a while. Maybe talk it over with a therapist.

To be clear, I have made a magnificent life for myself, in spite of all that. But I have put limits on it, and myself, and I had no idea I was doing it. It’s okay for my life to take up as much as space as the lives of people I love. That little girl sitting on the edge of her bed deserves a world as big as she can dare to make it. And she has my permission to make all the noise she wants. Don’t be surprised if you hear her singing in the kitchen on some future zoom call.