In 1972, a young married couple living in Managua, Nicaragua decided to buy a coffee farm in the mountains, a four-hour drive from the city.  It was going to be fun: a weekend place to get away from the hustle and bustle of their busy lives, big jobs and the dusty urban heat. Leana, a lawyer, and Carlos, an engineer, had been childhood sweethearts, and now had young children of their own. Life was just getting started. 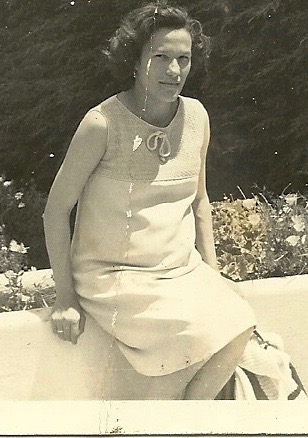 And then it was time for their first harvest. When the seasonal workers arrived to pick the crop, Leana was so excited to greet them until she realized that the children they brought with them were there to work alongside their parents in the fields

No. She just said “no.” And on the spot, she made a decision. She would find a way to give those kids an education. Anyone who wanted to work at the El Recreo Coffee Estate was welcome, but their children would be doing their work in a classroom, not in a field. It was non-negotiable.

Not everybody who came to work that year was willing to give up the wages their children could earn picking coffee. Nicaragua is a very poor country, the second poorest in the Western Hemisphere after Haiti. But most recognized the value of an education for their children.

So Leana went to work at what she does best: bringing people together in a common cause to make good things happen. She found a teacher who was willing to come to the farm. Friends helped her develop a curriculum. She and Carlos found a way to build a school building. Reaching out to the Department of Education got the school approved and accredited. And today, the farm educates all the workers’ children through fourth grade. After that, each child has a scholarship and transportation to a school in Pueblo Nuevo, the nearest small town. That takes them through high school. And if those kids want to go to college, Leana finds a way to help them get there. 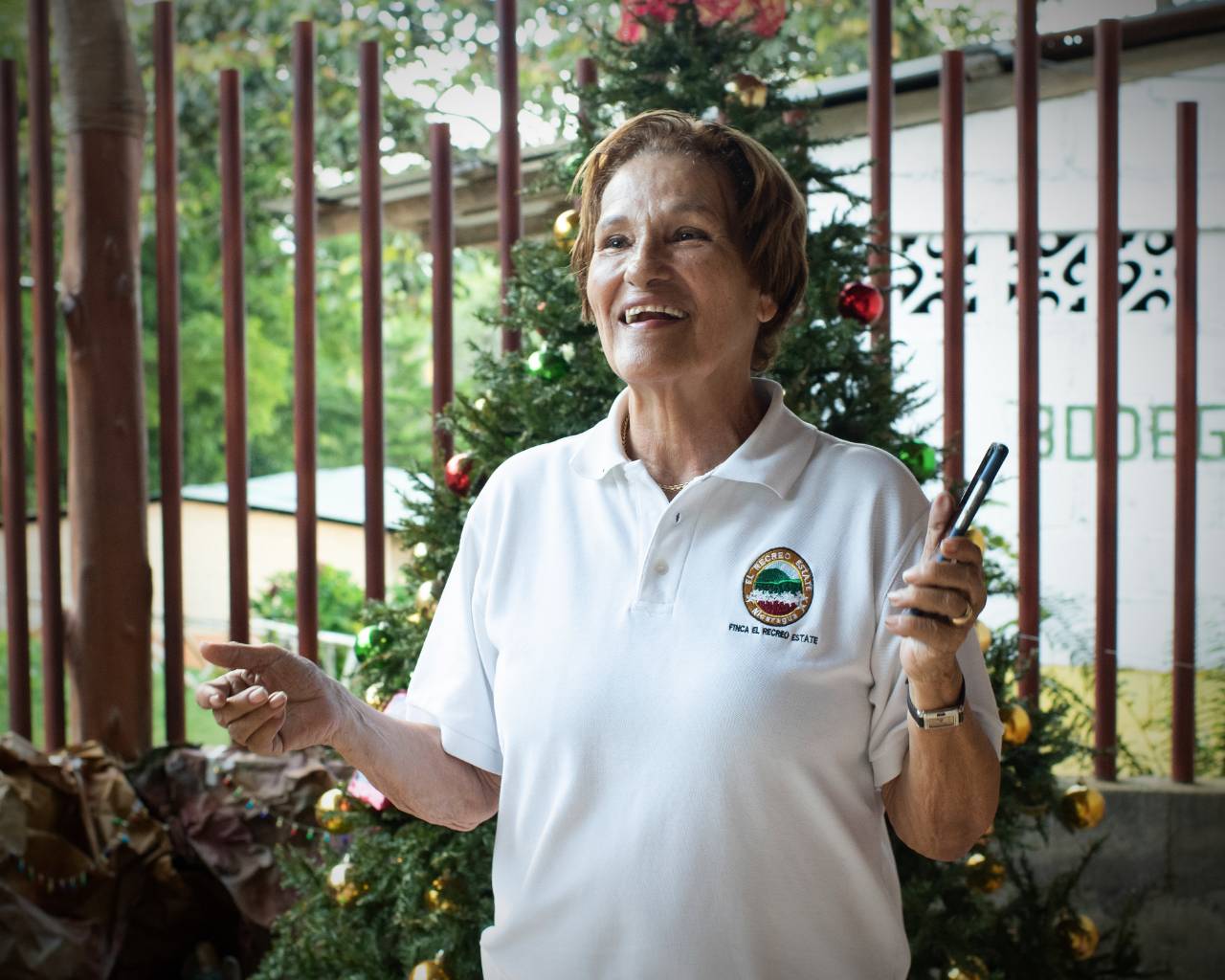 Leana before the annual Christmas party and gift distribution that she organizes every year for the children at El Recreo.  December 2019 (Photo by Kim Zahnow)

That’s the essence of Leana: no matter what the challenges, no matter how big the obstacles, she brings people together in a common purpose, and she finds a way. The events around that first harvest ignited a life-long mission to improve the welfare of the people around her, and she is doggedly tenacious.

When she realized that most of her seasonal workers were illiterate and could not even sign their own names to pick up their pay, she set about changing that. She worked with them, and found others to work with them, to begin to learn how to read and write. When she saw that the workers weren’t getting medical care, she figured out how to get a doctor to visit the farm on a regular schedule, free to the workers. And she set up a rudimentary clinic that could provide the every-day basics of health care. She realized that many of the workers were hungry, so she found a way to feed them three meals a day.

And it’s not just the people who work on the farm. When she realized how many small coffee farms around her were going under, she found a way to do something about that, too. In 2006, the El Recreo Coffee Estate founded a technical school for small producers. The school covers all aspects of coffee farming, from sustainable agricultural practices, to water management, to the business side of the operation, to cupping. There are approximately 37,500 small producers in the Jinotega region. 800 of them have been through the program. It’s paying big dividends for the regional economy and for the sustainability of Nicaragua’s coffee production. Leana brings people together, and Leana finds a way. 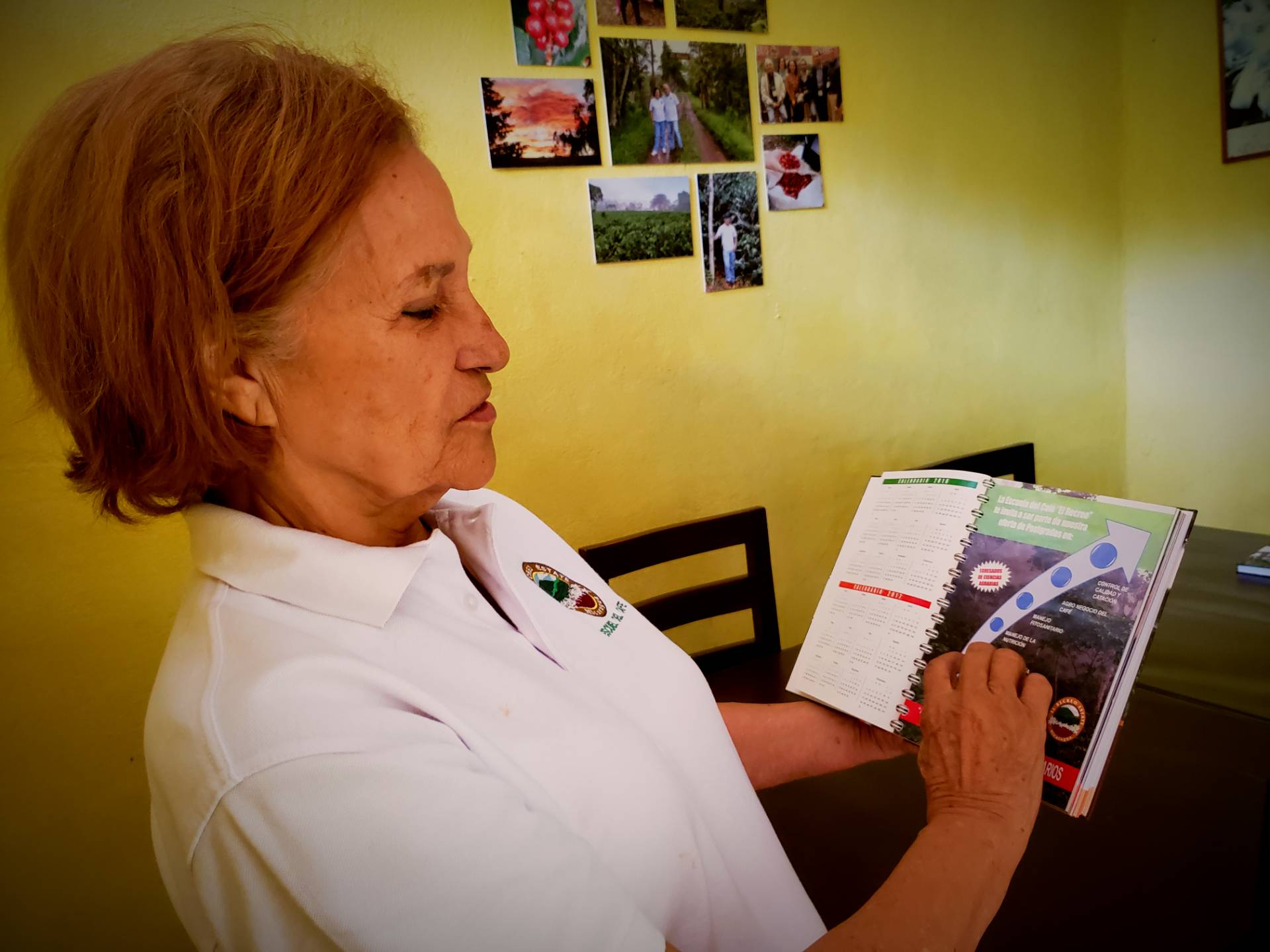 Leana with the curriculum for the Technical School, July 2019.

But to fully appreciate her impact, you have to consider the context. The story of the El Recreo Coffee Estate is set against a turbulent history: the revolution of 1979 that toppled the Somoza regime and brought the Sandinistas to power, and the civil war that followed into the 1980s. No part of Nicaragua was left unscathed by the violence. It cost Carlos and Leana nearly everything.

First, to keep their children from being conscripted by the military or killed by the rebels, they sent them to Carlos’ sister in the United States where the kids were given political asylum. Carlos and Leana stayed to protect the farm but in the end they, too, were forced to flee.

In 1982, with nothing but the clothes on their backs, they arrived in Costa Rica where they were given asylum. Because of the immigration rules of asylum, the Ferrey kids couldn’t leave the US to visit their parents, and Carlos and Leana were not allowed to leave Costa Rica. For five years, their only contact with their young children was by phone. And they didn’t know if or when they would ever be able to go back to Nicaragua.

The farm had been destroyed. All of the equipment was gone. Most of the buildings were no longer standing. And large swaths of the coffee trees had been ripped out to make way for corn and other food crops. Not only that, they no longer owned the land. The government offered them the opportunity to buy it back, but they had left with nothing, and still had nothing. How could they possibly come up with the funds to repurchase their farm?

Leana brought people together and Leana found a way. 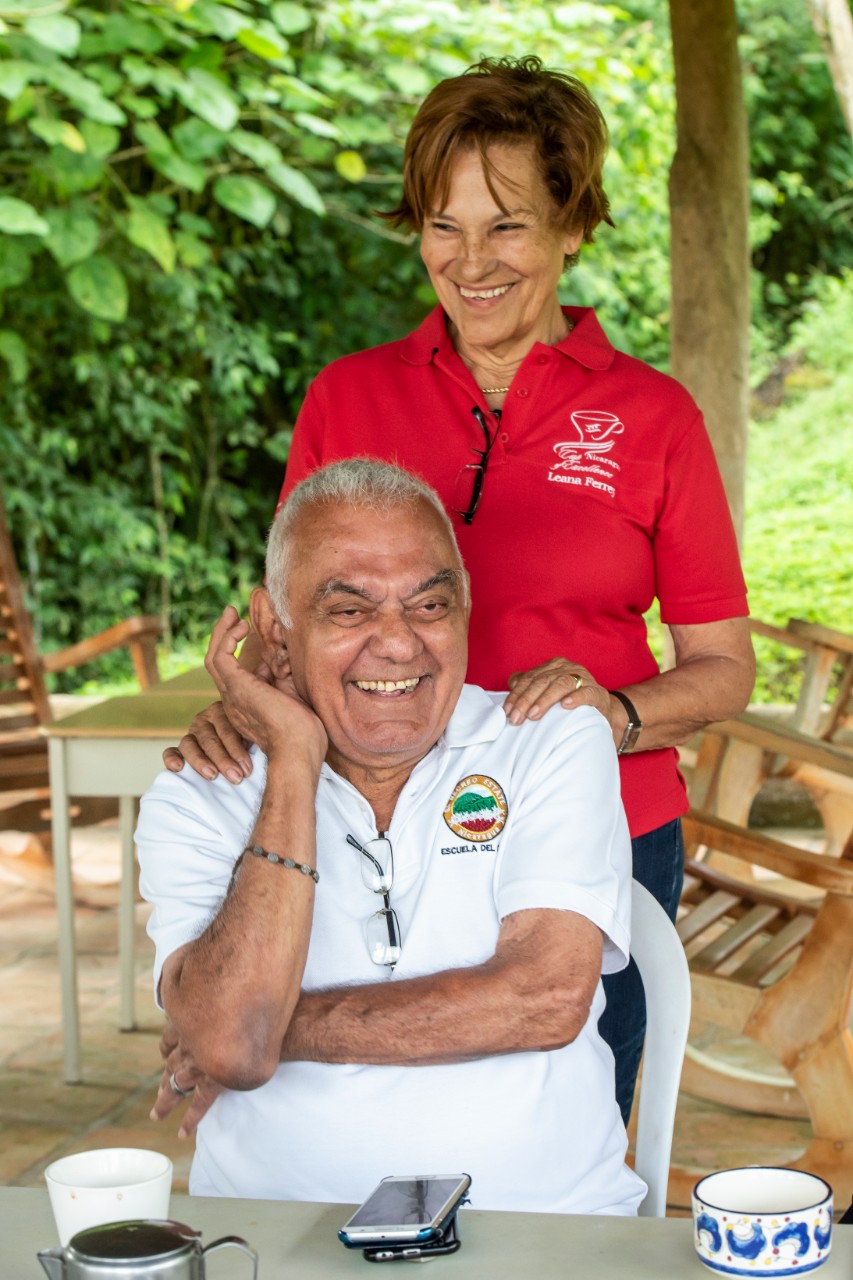 Leana and her husband, Carlos Ferrey, talk about coming back to the farm after the Civil War, translated with help from their daughter, Miriam, and her husband Hector Morales. (Cover Photo by Kim Zahnow)

First, she convinced a bank to loan her the money using the next year’s crop as both the collateral and the method of repaying the debt. As it happened, coffee prices collapsed that next year, so she had to convince them again. But she found a way.

As soon as word spread in the community that the Ferrey family was back at El Recreo, many of their former farm workers began returning to help them rebuild. Rather than dwelling on all they had lost, Carlos and Leana were determined to use the rebuilding as an opportunity to sharpen their focus on their social and environmental missions. They set out to remake their farm as a central hub of their community, with a new school for the children, a playground, a chapel, and a new health care clinic.  And they built dedicated permanent housing for the year-round workers and their families with communal kitchens, indoor plumbing, laundry and more.

They were also committed to improving the environmental footprint of the farm with solar power and water recycling. And they doubled down on sustainable agricultural practices for the coffee crop, as well, coming up with inventive ways of composting (COMING SOON: Worm Pee!) The El Recreo Coffee Estate became one of the first farms to be UTZ and Rainforest Certified, reflecting their commitment to be good stewards of their land.

It took years and a lot of struggle to find the means. But they kept putting one foot in front of the other, tackling the challenges one by one with the help of their workers and their larger community. By 2004, 15 years after their return, the farm had stabilized. 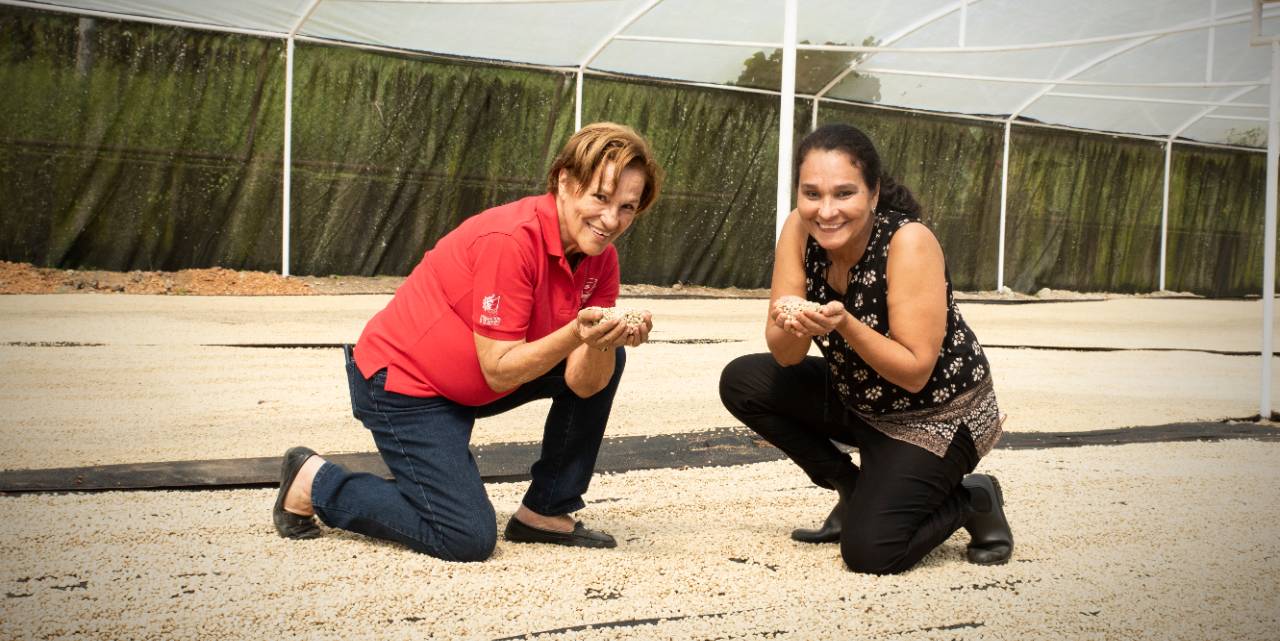 Leana with her daughter, Miram Morales in the drying beds at the El Recreo Coffee Estate. (Photo by Kim Zahnow)

Of course, in typical Leana fashion, there were other projects along the way. When they first returned, their war-ravaged country was in desperate need of everything. Children were begging in the streets of the capital, and hunger was rampant. To be sure, she had her own challenges restarting the farm. But she thought she could help, so she brought people together, and she found a way.

Leana knew several seamstresses in Managua that were unemployed, and together they started a small factory producing underwear out of recycled fabric. She used the profits from that venture to start two soup kitchens which she set up outside of schools in the city in order to reach the maximum number of families in need. And there are countless other examples of Leana looking at the world around her and simply refusing to accept that the injustice and hardship she saw were inevitable.

Those same eyes survey the world around the El Recreo Estate today and are still finding opportunities to improve the lives around her. On our last visit in December of 2019, Leana and Carlos were putting some of the finishing touches on a new recreation field they had built for their workers. And she was bringing together a coalition of people to help her open a new school in the town of Pueblo Nuevo. This school will be for girls, and help empower them to stay with their education, fighting the gravitational pull of a culture in which it is still not uncommon for girls as young as 13 to get pregnant and become trapped in a cycle of poverty.

In the movies, heroes often wear capes and have superhuman powers. In real life, though, they look like Leana Ferrey. She’s a woman with heart and strong convictions who never gives up. She moves through the world with love and gratitude for the opportunity to be of service to others. She is an inspiration to her daughter, Miriam, who is continuing her social mission work on the farm, and to every person she meets.  She is an inspiration to me.

Carlos and Leana are doing the heavy lifting of making the world a better place through coffee. Bob and I are honored that BIGGBY can help support that journey by paying a fair price for their crop, knowing that we are supporting their work, one cup at a time. 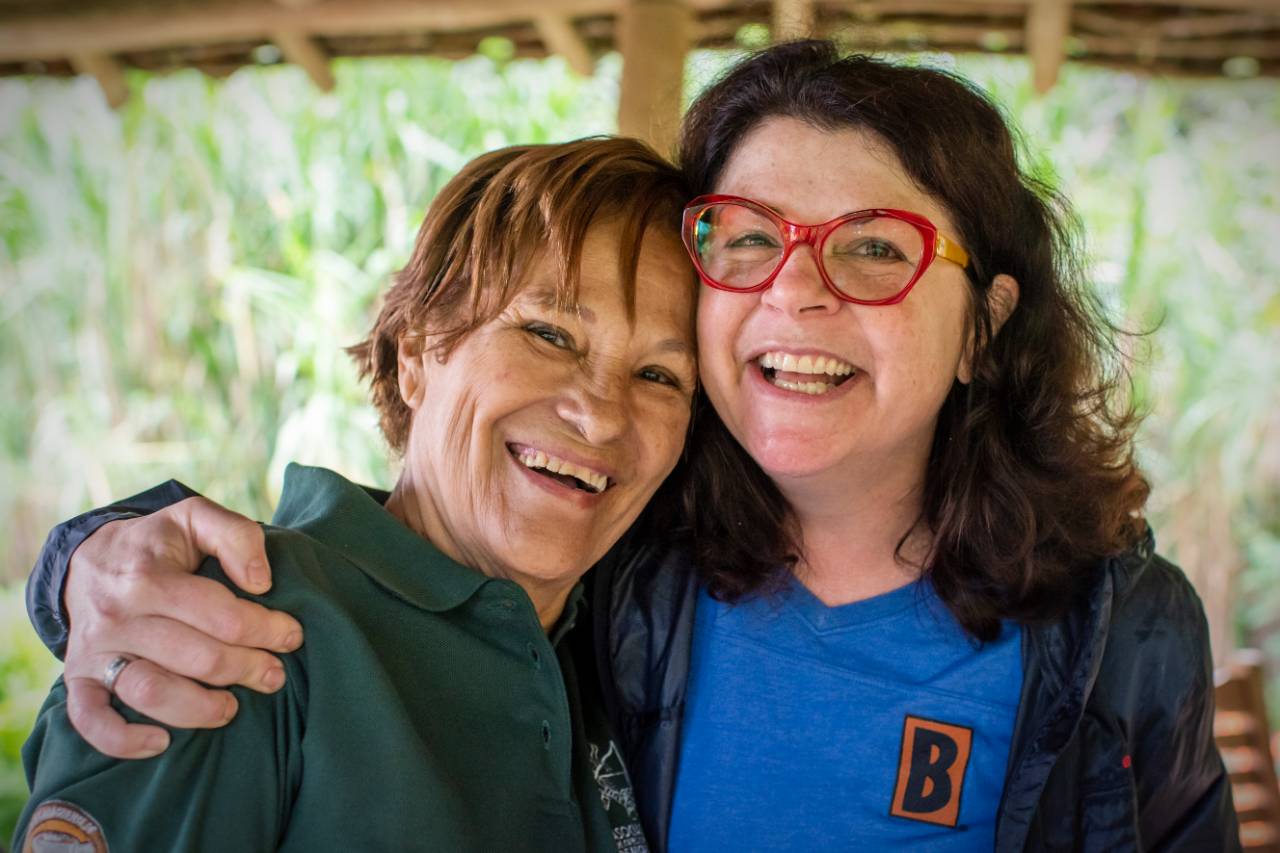